Welcome to the fourth part in the series of the latest tinnitus news. I have not labelled the previous three parts with this heading, but if you are interested in reading through them, here are the titles. 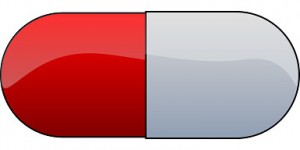 Todays new story is about a drug that is aimed at helping with Meniere’s Disease. As I have mentioned before one of the causes of tinnitus , besides loud noise, ear wax build up, infections or trauma to the head, is Meniere’s Disease.

What is Meniere’s Disease?

I have written an extensive article on Meniere’s Disease, and will give you a quick rundown of what this disease is all about.

Meniere’s Disease(MD) or endolymphatic hydrops is a disease of the inner ear. It is thought to be caused by imbalances of fluid that is present within the inner ear.

The fluid is constantly been secreted and reabsorbed in order to maintain a constant amount for optimum functioning. If the fluid for some reason is either overly secreted or poorly reabsorbed into the inner ear, then symptoms of Meniere’s Disease will follow.

What are the symptoms of Meniere’s Disease?

This fluid imbalance causes fluctuations of hearing and since the ear is responsible for balance, the person will encounter recurring attacks of vertigo( a type of dizziness that involves a sense of spinning or disorientation.)

Amongst these symptoms, the person also may experience the following,

How common is Meniere’s Disease in our community?

Around 600 000 people in the US are affected by MD, with about 45 000 new cases reported each year. The disease comes without warning and 60-80% of people recover with or without help.

Whilst there are lifestyle modifications and treatments to help with the symptoms, the FDA(Food and Drug Administration),has not approved any drug treatment as yet, that is indicated for MD or any other sensorineural diseases of the inner ear.

The drug called SPI-1005, has undergone pre-clinicial studies and now received the go-ahead from the FDA to perform clinicial trials for treatment of Meniere’s Disease.

This is an orally formulated drug that is said to work by mimicking or inducing the Glutathione Peroxidase (Gpx1) Activity.  I hear what you are saying, what is he talking about!!!!

Allow me to explain it to you more simply: 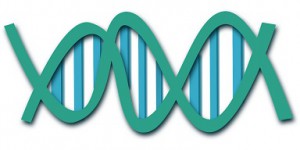 -The Glutathione Peroxidase(Gpx1) is the general name of an enzyme family, that is responsible for protecting the organism against any damage,

– In MD, the Gpx1 activity is lost or diminished, as result causing symptoms such as sensorineural hearing loss and Tinnitus.

-So SPI-1005, is said to help by allowing the Gpx1 activity to continue, thereby alleveiating the symptoms of MD.

Does this makes sense?

The pre-clinicial studies showed that SPI-1005  has been shown to prevent and treat different types of hearing loss, that involves the auditory hair cells(cilia) and the neurons(nerve cells)  within the inner ear.

In a phase 2 clinical trial, the drug was shown to prevent sensorineural hearing loss due to noise. Remember around 31 million Americans are suffering from this type of hearing loss. So can you imagine what this would mean if the drug would pass the relevant tests and get approval?

The next phase which is the PHASE 1b clinicial trial will enrol 40 subjects in 4 centers in the US.

Sound Pharmaceuticals, a privately owned bio pharamceutical in Seattle, the home of SPI-1005, is a company with the focus of leading the way on developing the first drugs for the preventation and treatment of sensorineural hearing loss and tinnitus.

CEO,Mr Jonathan Kil,of Sound Pharmaceuticals, has this to say ,” Based on the anti-inflammatory activity of SPI-1005, we hope it will be of benefit in Meniere’s Disease.”

According to the American Academy of Otolaryngology-Head and Neck Surgery(AAO-HNS), Tinnitus affects 10-15%of the population and vertigo affects millions of Americans.

Given these facts, the world awaits to see what SPI-1005 can do to help the 600 000 people with MD and their tinnitus.

Thanks for joining me today.

⇒Did you know that in addition to Sensorineural Hearing Loss, there is another type of hearing loss called, Conductive Hearing loss? Read here to learn more.⇐

More news will certainly follow as new drug developments enter the market to treat tinnitus and the like. So please do stop by to catch up on another edition of the Latest Tinnitus news.

Are you suffering from Meniere’s Disease? Have you had episodes of vertigo? Are you taking anything to treat these symptoms?

Please share or comment below and do not hesitate to ask, if there is anything on your mind.