Hi everyone and welcome. We are aware by now that there is a relationship between tinnitus and the brain. Today I want to discuss this relationship a little bit more. 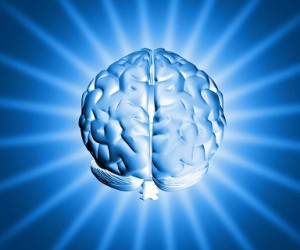 I want to talk about what actually happens to the brain of someone who is suffering from tinnitus.I had come to know of an interesting piece of research that had taken place that got me asking more questions on tinnitus and exploring or revisiting the treatments  that we currently use.

It fits a few more pieces into this puzzle of understanding tinnitus and paves a clearer path to its management and treatment.

So lets get started!

Here are some interesting facts of the brain that you may or may not have known.

I can go on and on with more wonderful facts about the brain, but I think you get the point.

We know that the brain is the CPU(central processing unit), or control center of the body. Think of it as the microchip for the computer. Our body is the computer and needs the microchip(the brain) to function at its best.From our intelligence,to the use of our senses, to the body movement and behavior , nothing can function to its optimal level without the involvement of the brain. 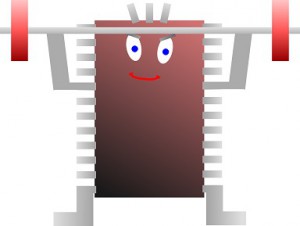 The human brain has 100 billion neurons, each neuron connected to 10 thousand other neurons. Sitting on your shoulders is the most complicated object in the known universe.”- Michio Kaku taken from www.brainyquote.com

Okay, we know that by definition, ” tinnitus is a noise that generates in the ear rather than in the environment.”

This tinnitus comes about through various ways such as when the person has been subjected to loud noise, Menieres Disease, certain tumours, medication , TMJ( Temporamandubular Joint) or even a build-up of ear wax

We also know that the intensity varies from one person to the next.

Tinnitus may be present in a huge population with only a few really reporting a significant impact in their lives.

Why is this so?Why is it that some people have it worse than others?

The answer lies within our brains.And I mean this both literally and figuratively!

What actually happens to the brain in someone who is suffering from Tinnitus?

A new study revealed an interesting connection between brain activity and tinnitus.It showed that defects that occur within the brain can cause the person to experience tinnitus that may last longer than usual and be more pronounced or noticeable.

Control pathways to the Brain Compromised

The researchers found that after the brain was subjected to an injury such as exposure to loud noise for instance, the control pathways was affected. 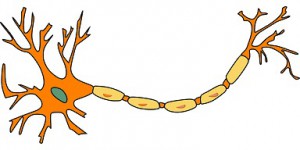 What actually happens is that the brain looses the ability to control the pathways that are responsible for regulating noise and pain signals, which in turn leads the person to perceive noises as well as experience pain.

So to compensate for this loss,the brain “re-programs” itself, and it is this reprogramming that gives  the person these  ‘phantom,’ noises which is characteristic of tinnitus.

Why is it called ‘phantom’ sensations?. Because these noises are subjective and can only heard by the person and therefore classified as ‘un-real.’

Professor Rauschecker of the Director of Laboratory for Integrative Neuroscience and Cognition at the GUMC( Georgetown Medical Center in Washington) , concluded that these perceptions are indeed real as a result of the brain unable to switch off the sensations to a low-enough degree.

He further added that, ” though the noise and associated pain are extraordinarily common, no treatment exists yet to get to the root of these disorders.”

So what part of the brain is affected?

The study revealed that areas known as Nucleus Accumlens and Areas of the Prefontal Cortex are the ones which are affected and ultimately leads  to tinnitus.

Link between depression, stress and anxiety

What else was interesting in this study of tinnitus and the brain was that the Nuclues Accumlens was also responsible for interpreting signals that were characteristic of conditions such as depression, long term stress and anxiety.

Knowing the areas of the brain that is responsible for producing theses effects gives us hope. As now, we are able to follow a direction which may lead in actually treating or managing the condition.

Should the pathway which the brain so-called ‘ lost control,’ be restored then we will be able to minimize or alleviate  our tinnitus altogether.Boy, does that sound like music to my ears…..

This might also explain a little better why certain things we already have been doing works.Things like yoga, meditation,exercise, nature escapes all have an effect on the stress and anxiety levels.Furthermore, they are uplifting to ones spirit,so they have a so-called natural ‘antidepressant’ effect.

This further opens the door to the use of other alternatives. Things like natural carminative’s and mood lifters.Herbal oils  and homeopathic tissue salts.I will investigate these in further posts and offer to you my findings as time goes on.

For now, I leave you with a quote from Dr Markus Ploner, PhD  , a consultant neurologist who was also involved in the above-mentioned study.

Better understanding could lead to standardized individual assessment and ultimately reduce the risk for chronic tinnitus, which in turn might allow for earlier and more targeted treatment.”

As always your input or share on this article about tinnitus and the brain is valued and appreciated.Kindly let me know your thoughts.I would love to hear from you.

Thanks for stopping by.