Welcome to part 2 of our discussion on the relationship between caffeine and tinnitus. 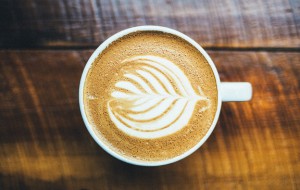 If you refer to my previous post entitled “Does caffeine make your tinnitus worse?’ you will find that I concluded off by mentioning that it is debatable on whether caffeine intake is an aggravator for tinnitus or not.

As I mentioned in that article, there was some research done that showed that caffeine did not really aggravate the tinnitus. I made reference to two isolated research studies that took place.

The first study required for two sets of participants to drink a certain amount of coffee per day.

The second study requires for participants to alternate between decaffeinated and caffeinated coffee on a daily basis.

Both studies took place over a period of 30days.

Both studies concluded that either there was a reduction in likelihood of developing tinnitus or that was no increase in the severity of the tinnitus.

I undertook a challenge starting from the 23rd September 2015. I committed  myself to the task of consuming at least one cup of caffeinated coffee daily for a period of one month. So, on the 23rd October  my experiment would  have come to an end.

I apologise to you that I am publishing these results a little late. There were some unforeseen circumstances that cropped up and demanded my attention. Nevertheless, I am sure many of you are curious to know what had transpired.

Here are my findings.

Prior to starting off the experiment my tinnitus had its traditional noises. These included the 3-5different types of noises that were going through my head at any given time.

I drank a minimum of one cup of coffee a day.

I only drank more than one cup on 3days within this 30day term(and on each of those 3days, it was a maximum of 2cups of caffeinated coffee).

So, what happened to my tinnitus?

Believe or not? My tinnitus DID NOT get worse. Yes, you read correct. There was no significant increase in my tinnitus.

The different types of noises were still there but amazingly enough there was a slight drop in the intensity. Surprised, yeap I was too.

So what are my results telling me about the relationship between caffeine and tinnitus?

The one thing that is certain is that the results of my experiment is coherent with that of the other two studies that I had mentioned above. All three studies showed no increase or worsening in tinnitus symptoms from caffeine intake after a period of 30days.

Did anyone of you try this experiment? Do you have anything to share? Have you found coffee to be a benefit or not to your tinnitus?

Please share any views or input that you may have below. It’s always fantastic to hear from you.