Welcome to my discussion of the top 10 salty foods. 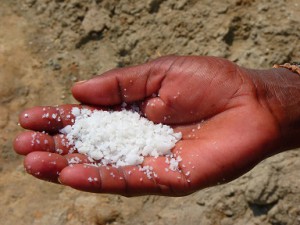 I found these to have the potential to aggravate tinnitus. Before I get down to the salty food list, its imperative that I tell you that this is my research and it is in no way limited to just these  foods.

There are many other foods out there and as you can imagine, it will take me centuries!!! to go through them all. It is my personal experience with some of these foods that have allowed me to include them here.

Though I am saying that these are salty foods to avoid especially with tinnitus, moderation must be exercised as it may not always be possible to totally exclude them.

According to Wikipedia, salt is primarily composed of NaCl Or Sodium Chloride.

There is an exchange system that works in the kidneys, that involve the Na+ ions. Very simply put Na+ or sodium ions  goes hand in hand with water molecules. So, the gradient follows as such, the higher the content of sodium within a substance we eat, the more the water will be attracted to it.

The more water that gets retained in the body, the more pressure will be put onto the overall system. This explains why high sodium foods increases blood pressure in people.

Other health problems associated but not limited to high sodium include strokes, heart disease, kidney disease, kidney stones and osteopororis. The increased blood pressure causes havoc to the blood flow to the ears thereby aggravating the tinnitus too.

So what should be the average salt intake?

According to the American Heart Association, the recommended intake of salt should be about 1500mg on a daily basis. Americans have been exceeding this amount by consuming up to 3.300mg of salt, over double the RDA.

We often have mentioned stress levels as a major aggravator for tinnitus. Now salt content in our foods is equally responsible for aggravating tinnitus.

So, this makes sense that we must adopt a holistic approach to deal with tinnitus. One where we take our diet, physical and mental health all into account and try to work on them in a simultaneous fashion.

Below follows my take on the 10 salty foods we should be aware of, and control their intake.

I read this a while back on a survey that was done on the salt content of bread. It was undertaken by CASH(Campaign for Action on Salt and Health), and the results were very interesting. They found that one in four loaves of bread, contained as much salt per slice, as a packet of potato crisp. 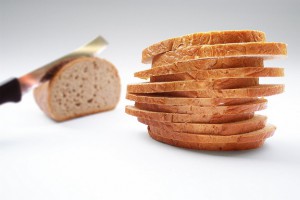 Bread is eaten on a daily basis by almost everyone. This contributes to one fifths of our daily sodium intake.

Freshly baked breads were found to have a higher salt content than their pre packed counterparts. Packaged sandwiches from chain stores may have added preservatives to maintain shelf-life. Salt used as one of these preservatives makes this meal alone, account for more that 100% RDA of salt intake.

Be on the watch out for  salt bagels that have about 3.5grams of salt whilst some onion bagels only have about .8grams.

Sheww!!!I learned it the hard way with this one. On two separate occasions after coming out from a movie theatre , I noticed a drastic reduction in my hearing and more aggressive  tinnitus. What do you know?It was the popcorn. The seasoning I used did not gel with me. 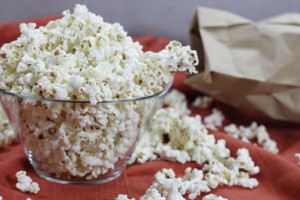 Though I love to mix the Sour cream and chives with butter salt flavouring, this is a NO-GO zone for me if I want to control my tinnitus.

We all know that chips and preztels are bad for you. The fact that they give you about 450mg of sodium per intake which is roughly about 20% of your daily intake, should send you warning bells to curb the cravings on these foods.

During the production process of pre-packaged meat , you’re looking at around 750mg of salt been added to it. Here I am referring to a lunch meal that consists of about 4-6slices of cured meat. Other examples of processed meats include hot dogs, salami and ham. 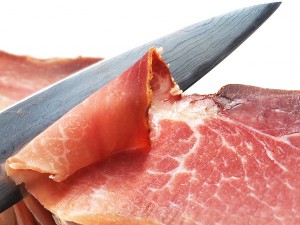 This curing(adding of salt and nitrates) in the production process of meat is necessary. According to the U.S.Department of Agriculture Nutrient Database, the curing of pork for instance helps for its “preservation, color development and flavour enhancement”.

One of my most favourite foods of all time is on this list and it does not make me happy. A nice freshly baked pizza with all the trimmings contains around 5grams!!! of salt. A slice of frozen pizza has around 300-700mg of salt content. 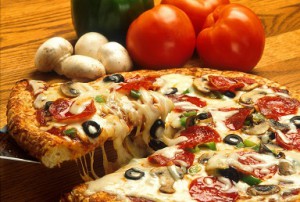 Some good news for me is that I am more of a thick base lover than thin base, and the former has slightly less around 0.560grams of salt. Of course this goes without saying that you have to opt for a healthier cheese option either than mozarrella. 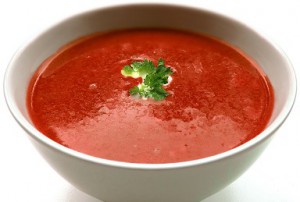 Next on our list is this liquid food, which you may think is okay, but is nowhere close, especially if you having this at a restaurant. Tomato soup for instance has around 300-700mg of sodium content added to it.

A canned chicken noodle soup has about 800mg of sodium to enhance its flavour and give it its longevity.

Another one of my favorites. According to CASH, cheese is the third largest contributor of salt intake after bread, bacon and dairy products. 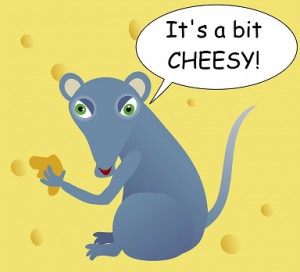 While Roquefort leads the way with the highest salt levels, there is no escape, for Halloumi and Blue Cheese follow closely behind.

Yeap, I love my halloumi and avo wrap, so now I’ve got to ask myself, if it is a good idea to carry on. Cottage cheese on the other hand is the lowest of the salty ones with a mere 30mg.

A single tomato has only 8mg of salt. Canned tomatoes with added salt contains 220mg of salt per half a cup. Canned cream-style corn has around 730mg of salt per cup. 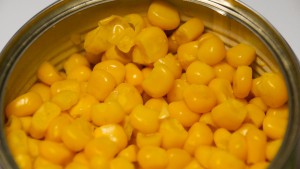 In these cases, try to buy cans ” With no added salt,” or ” Low Sodium,” labels attached to it. Try checking the freezer section for less sodium alternatives..Rinsing them throughouly before preparation may also help a bit.

Prepared or already cooked chicken already contain contains high salt content. The manufacturers usually inject chicken with saltwater to give it its taste and juiciness. 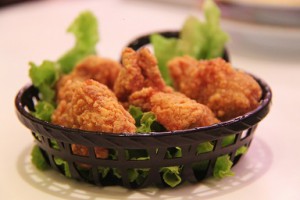 In the process you end up buying chicken with content of about 400mg of sodium per serving.Now remember most people don’t only eat chicken on its own.

It goes nice with some fries and soft baked buns. We talked about these nasties above.Can you imagine just how much salt you are putting into your body? Its becomes a very difficult choice, as we enjoy them so much, yet we now know that these are the salty foods to avoid.

This is in contrast to a raw untampered chicken breast which contains about 75mg of sodium per 4-ounce serving.

As we near the end of our top 10 salty foods discussion, I feel the need to include this one as well.

Yes, it may come to you as a shocker, but certain ready-to-eat cereal packs have a high sodium content. 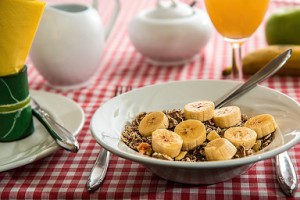 Depending on the nutrional information on the box, cereals can have from 5mg up to 500mg of sodium per cup of serving.

Wheat cereals has very little sodium, around 10mg or less, whilst certain raisin bran cereals may have around 250mg. Try to mix half of your high sodium cereal with a low sodium cereal to minimize the overall intake.

I would like to end off this salty food list with this one, commonly regarded as “safe.”. It certainly seems that drinking vegetable juice is a healthy option, thinking that you are getting your dose of veggies for the day.

You may not know, as to whether these vegetables present in the juice, was freshly squeezed ,or stored for months before being used to make up the juice. Furthermore, amongst the colorants and flavorings, preservatives such as salt are added in to give you the flavour.

You’re looking at around 450-480mg of serving of sodium which equates to around 20% of the daily intake.

So, it may not be a healthier option after all!!!

Now we have an idea of the “cuplrits.” The big question is what do we do? There are a couple of things that we can do to minimize the salt intake.

Here are some suggestions

My Journey on this path…..

I am not going to lie to you and tell you that I have avoided these nasties. I still love my pizza and eat it occasionally.

For the past year and a half, I have stopped eating chicken, meat or any other processed meat/poultry products.

I love my fruits and vegetables and enjoy a plant -based diet. I can’t remember when was the last time I had cereals for breakfast. For the past 5-6 years, I religiously have my  barley life and leaf greens  every morning.

They have  zero mg of sodium and are perfect with the right amount of vegetable components.

Superfoods, like chia seeds, maca, baobab, hemp, camu camu, mesquite, and lacuma, form an essential part of my diet. I will talk about these wonderful foods in later posts, so please do stop by.

So, before I wrap up this discussion, it is necessary to mention, that one will need to deal with tinnitus on a mental and emotional level, in addition to watching what we eat.

⇒Should you wish to find out more on how to deal with tinnitus, on the mental level, please click on this short-cut to read more.⇐

Exercise,  acunpuncture , hypnosis and tinnitus retraining therapy, as well as better eating habits, all take time to show a result. As I mentioned previously our health is our wealth, so it certainly is worthwhile to invest the TIME.

Hope you enjoyed reading my take on the top 10 salty foods. Got something on your mind regarding this article? Please feel free to share as we all benefit from being made aware.