Can hearing aids help with tinnitus? Allow me to give you my personal experience with having to wear a hearing aid and discuss the effect that it had or has on my tinnitus. 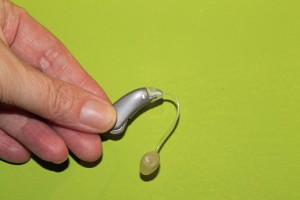 Most of you already know my story regarding my hearing. I would like to give the newcomers a quick rundown.

Like most families in the 80’s, we used to all sit together, around the box, and watch ‘MacGyver’ and ‘The A-Team.’ It was during these times, that my father started noticing something peculiar in my behaviour.

I used to be the one who sat closest to the TV. There were numerous occasions, when my father called my name and I did not respond. Initially, he thought that I was ignoring him. But when he came closer and spoke into my left ear, he saw that I responded almost instantly. He found that it was not the same, when he was speaking to me from my right side.

This is when he knew that something was not right. So, at that very early age, I had my very first(of many still to come) experience in the Audiology Room.

So I stepped into this booth. I could tell it was soundproof, because the door was so thick that when it was shut it was ultra silent. There was only one glass window, and seeing through it, I saw the chair the audiologist would sit in. In front of her was the control panel, with numerous knobs and functions to carry out the hearing test. 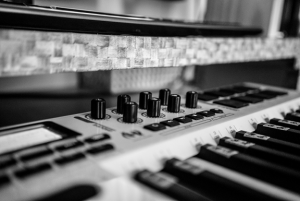 Seated in this booth,  facing the audiologist, the headphones were placed on my ears. She then handed me a joystick, that had a button on the top.

The audiologist would play a series of ‘beeps’ and it would start off from being loud and gradually get softer until it became barely audible.

My job, was to the press the button as soon as I heard the beep. Not anytime before, of after, exactly when I heard it.

Sounds easy, actually it took a lot of concentration. Mind you, there is also a certain degree of anxiety when you are in these kind of situations, and lets not forget it was the first time.

In addition to just hearing the beeps, there was also a speech recognition test. The audiologist would say out a few words, that had the syllables of “s”, “d” ,”t” “c” in them.

Example are words like “drain,” and “train” or “cat” and “sat” These help them to determine, whether I can pick up the  different frequencies, which indicated to them whether I have a mild, moderate or severe hearing loss.

Though the test was about 25minutes or less, it felt like it lasted for ages.

Eventually, it came to an end, and the news that we received was not what anyone wanted to hear…………

It turns out, that I had suffered a severe hearing loss in the right ear. There was very little hearing in this ear. My left ear on the other hand, at that time, had a 85-90% functionality.

Now how did this happen?

We came to learn that it was a viral infection,

that I had had whilst still a baby, whose effects had caused me to loose my hearing later on. It could have been a case of meningitis that was slowly killing off the auditory nerve and causing the deafness.No one knew for sure.

Surprisingly though, I was the least devastated out of everyone that day. Yes, it shocked me but I just thought, it’s fine, life goes on. My parents on the other hand were naturally very concerned and starting thinking about what to do next.

Getting my first Hearing Aid

My parents started looking for options and ways to help me. At that point, it was just a year or two that I had left, before my primary school days would end, and I would then enter the next chapter of my life, which was High School.

So, we then decided to go ahead with the purchase of a hearing aid. A hearing aid to fit for the right ear. Mainly, to decrease the strain on this ear and help me cope better.

This was something that I had trouble getting used to. Back in those days, the technology was not as advanced as it is today. The hearing aid was huge and very noticeable from a distance. 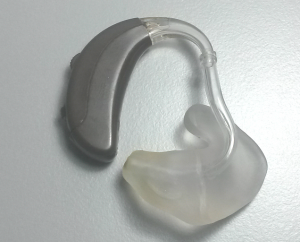 Don’t get me wrong. I was and still am very grateful to my parents who provided me with this hearing aid. There were so many emotions that I had at the time. For one, I had kids staring at me and looking at me like I was different from them.

I could not really blame them, as they were not used to seeing other kids in school wearing this kind of thing.

Furthermore, this hearing aid had a volume dial on it, and at times it would whistle, especially when I had turned it up in order to hear what the teacher was saying. Everyone in the class would just look at me.

The teacher asked, “Who just whistled?”

I had to explain the story.

Eventually the auditory nerve died completely in the right ear. No matter how much I would turn up the volume, the hearing aid proved futile.

So, from that point onwards, it was all about taking care of the left ear.

The Left Ear and the Journey it took me on…

With the Grace of God, the left ear got me through High School, helping me to achieve decent results upon matriculation.

Results, that got me accepted into University. Even though  I had experienced further trials and tribulations during my time of study, I eventually earned my Bachelor of Pharmacy Degree. 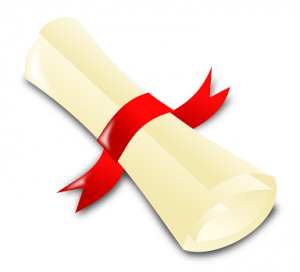 I will never forget the proud smiles of my girlfriend(now my wife, best friend and soul mate), dad, mum and twin brothers.

Everything went okay since then, until the last 3 years when my real struggles with my hearing started…

There is a very high possibility that after attending a concert three years back, that my tinnitus first started. I do remember however, experiencing ringing, whistling noises prior to this event. It was not as frequent, and a short course of corticosteroids would stop it in its track within 3 or 4days of taking it.

After the concert, I believe my hearing and life changed. It became extremely difficult for me to communicate with my family, with colleagues and customers at work, and even at social functions.

I tried the corticosteroids repeatedly and there was no change, and it had no effect.

This greatly concerned me and something had to be done. My wife and my dad were naturally worried as well.

The tinnitus would overpower any conversation that I was trying to have. It was frustrating and annoying and I did not enjoy the way things were going, not for one second.

Later I had come to know, that the tinnitus was, as a result of an underlying cause. For example, loud noise, Meniere’s Disease, and/or injury to head are some causes of tinnitus. Furthermore, there was a tendency for one to have an underlying hearing loss.

This got me even more worried.

When someone has a hearing loss, it is possible for the brain to compensate for this loss. One of the ways, is to find “alternate pathways,” thereby bringing about ringing noises in the ear, also known as tinnitus.

⇒If you interested to learn more, check out my article on Hearing Loss and Tinnitus.⇐

So, I was back in my favourite place again……the soundproof room….

My options were limited…..

The results showed that I had suffered from a moderate hearing loss in my left ear.

I had to look at getting a hearing aid for basically two reasons.

I have been down this road, and I thought to myself , why is this happening to me?

Unfortunately, I don’t have a answer, but I knew I had to do it.

My audiologist discussed with us, the various types of hearing aids and the cost factors involved with each one.At the end of the day, the ultimate decision would be up to me.

With the advice of my audiologist, I opted to go for the Phonak Cros set.

This involves having a hearing aid for each ear.

You’re probably asking, why for the right ear?

Allow me to explain.

The right ear has the CROS component and the actual hearing aid is the one I place on the left ear.

The CROS sends no hearing directly into the right ear, as we discovered above, it won’t work for me. What it does is, it picks up sounds like having a functional “right ear” would normally do, and crosses or transmits it via a signal to the left hearing aid.

In this way, I would be able to hear sounds without having to turn my head towards the right.In addition, the left hearing aid, would function as a powerful hearing aid on its own, to amplify all sounds, making the strain less on this ear.

So, can Hearing aids help with Tinnitus?

As you can imagine, it was a huge challenge. It was all worth it, as it helped me with my tinnitus. Here are some benefits that I got from using my hearing aid.

So, there you have my story, and you can see the difference that wearing a hearing aid, has had in my battle with tinnitus.

This goes without saying that other things such as lifestyle modifications, dietary modifications and exercise also played a part in the management of tinnitus.

Learn about how Yoga, a relaxation therapy helped me with Tinnitus.Click Here>>>

I would like to take this opportunity to thank you for reading my story. I hope that it has or will help you in some way in your journey with tinnitus.

I will cover the various types of hearing aids in later posts. So please watch out for that.

None of this could have been possible without support. I am ever so grateful to my wife and my parents for helping me through this time. It really made a difference.

Thanks for stopping by, and please do leave any questions or comments that you may have below.